Showing posts from August, 2012
Show all

Fireworks of a Different Kind 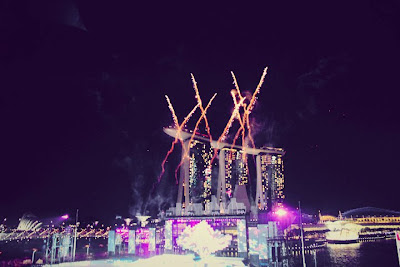 One of my current pet peeves is how the media today, be it traditional or social, makes it look like Singapore is full of racist, xenophobic and unkind people. Some have even wryly noted that the existence of the Singapore Kindness Movement is proof that Singaporeans need someone to teach them to be kind. The recent example of the video of the NUS/SIM boy making its round on social media, drawing much anger from netizens, is indicative of this. Yes, the student said some unfortunate things, but many comments from keyboard warriors were equally unkind, if not worse. When the boy’s actions and the subsequent reaction are viewed in totality, it makes Singaporeans look like angry, petulant children. The story even made it to the mainstream media, which further sensationalised the issue. Some will justify the reactions to say that we must fight fire with fire, but I’ve been brought up to think that the best way to fight fire is with water. Fireworks at the Marina Bay Floating Platfo
4 comments
Read more

Photo: I don't like to squeeze on the MRT Facebook Last week, I took the MRT and it was quite packed. I am a senior citizen and I had hoped that someone would be kind enough to offer me a seat, as has happened before. But not this time. I was standing in front of a younger lady who was seated on the priority seat and busily engaged with her smartphone. I tried to make eye contact with her but chose not to verbally request for the seat. I took the opportunity to do a personal experiment. She looked up at me momentarily, but quickly returned to her smartphone. At the City Hall MRT, we both alighted. I gave way to her as she made her exit and I followed. Quickening my steps, I caught up with her, smiled and said, “Good morning. May I ask you a couple of questions?” She returned a smile and said, “Sure.” I asked her if she would give up her seat to someone in greater need, like a senior citizen. And she replied, “Of course, I would.” I then gently announced that I was the Senior
20 comments
Read more