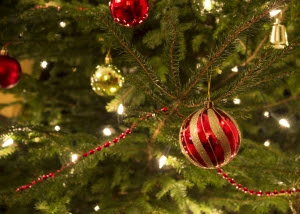 Two simple words but for many Christians around the world, they speak volumes. For them it is a very significant time in their religious calendar as they celebrate the birth of Jesus Christ whom they worship as the Son of God, the Messiah and the Saviour of the World.

Two minutes ago, I received this email from a Hindu friend:

“Regardless of one's religion, Christmas is a time for counting our blessings and offering thanks! I am blessed to have known you. I wish you and your family Merry Christmas, Happy 2013 and HAPPINESS always!”

I am glad that in our multi-racial and multi-religious nation, we are able to join our Christian friends in their celebration regardless of our own faith traditions. As Singaporeans we celebrate each other’s special holy days including Deepavali (Hindu), Vesak Day (Buddhist), and Hari Raya Puasa (Muslims). These holy days are gazetted public holidays for all Singaporeans.

About this time last year, I read a piece by the Sultanah of Johor, Raja Zarith Idris titled Mind Matter. In part, it reads,


During the days before Christmas last year, I wished my friends who were celebrating it “Merry Christmas" in much the same way they would wish me "Selamat Hari Raya" or "Happy Eid”.

When I was at boarding school in England, I had to go to church every Sunday because it was part of the rules. My father advised me to consider it as part of my "education" and he had no doubt that the experience would strengthen rather than weaken my own faith.

I was able to see the similarities and differences between Christianity and Islam. I learned more than the average Malaysian Muslim would about Christianity. I learnt that just as we Muslims categorise ourselves according to the four different schools of thoughts of the four Imams (Imam Malik, Imam Al Shafi, Imam Abu Hanifa and Imam Ahmad Abn Hambal) and are either Sunnis or Shias, so Christians too are divided into different sects or churches.

What I do not wish to forget, however, is that there are good, kind people who are not of the same faith as me.1 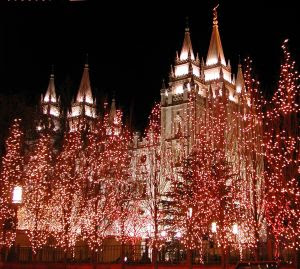 It doesn't bother me a bit when people say, 'Merry Christmas' to me. I don't think they are slighting me or getting ready to put me in a ghetto. In fact, I kind of like it. It shows that we are all brothers and sisters celebrating this happy time of year. It doesn't bother me at all that there is a manger scene on display at a key intersection near my beach house in Malibu . If people want a creche, it's just as fine with me as is the Menorah a few hundred yards away.2

These are very encouraging and inspiring attitudes towards the practice of religion in an increasingly troubled world. It goes beyond tolerance of each other’s faith. It respects and encourages a common humanity of diverse faith within which we find that we are all, as Ben Stein puts it, “brothers and sisters celebrating this happy time of year.”

I have always enjoyed being invited to celebrate Deepavali with my Hindu friends, Vesak Day with my Buddhist friends and Hari Raya Puasa with my Muslim friends. I have also celebrated the Passover Feast with my Jewish friends in North America and the UK. In the UK I was mistaken for a Jew because I could read some Hebrew and could follow the printed order of worship.

In my passion for a gracious society, I believe that religious people can play a very important role. It is my submission that we should go beyond tolerance to active recognition that kindness is the golden thread that runs through our diverse faith.

The Sultanah pointed out that Harun Yahya, the Turkish writer (he was named as one of the 500 most influential Muslims in the world by the Royal Islamic Strategic Studies Centre of Jordan ) noted:"Islam is a religion of peace, love and tolerance".

According to the Bhagavad Gita, “ The concept of harmlessness towards all has been created by Me alone.”

In the Jewish tradition, the greatest wisdom of all is kindness.

The Christians are exhorted to “be kind to one another, tender-hearted, forgiving each other, just as God in Christ also has forgiven you.” (Eph 4:32).

And finally there is the Golden Rule through the diverse religions


Since kindness is the golden thread that binds us together, it would be a wonderful common platform for people of different faiths to collaborate in kind acts for the common good of all people, without regard to race or religion.


1 – The article, Season of Goodwill by Raja Zarith Idris, was first published in The Star (Malaysia), 9 Jan 2011.
2 – Ben Stein was reported to have read out these words on CBS Sunday Morning, 18 Dec 2005.
Holiday Kindness Quotes Religion