According to the latest National Values Assessment, conducted between March and June this year, family, friendship and compassion are among the top values that Singaporean residents feel best describe themselves.

The survey provides some preliminary insights into what matters to Singapore residents, and generates a meaningful discussion about the society and workplace environment they desire.

"We have left the idea of community and family so far behind, and focused much more on what policy can do, laws can do, and what we have to earn in order to survive. So you have to re-ignite that sense of family and community, which people want to express more of," said Dr Gillian Koh, senior research fellow at the Institute of Policy Studies.

It is very encouraging to compare the results of this second survey with the first done in 2012.  Then, elitism and deteriorating values were listed as common traits in society. That these traits were not among the top 10 in the current ranking indicates a positive change.

At the Singapore Kindness Movement, we celebrate the growth of positive values in our collective consciousness.  In my view, family, friendship and compassion are values that must be associated with the mindset of forgiveness to make them sustainable.

Compassion is a feeling of deep sympathy and sorrow for another who is stricken by misfortune, accompanied by a strong desire to alleviate the suffering.  I believe it was Plato who said, “Be kind for everyone you meet is fighting a hard battle.” 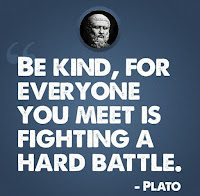 Every now and then, we are likely to be hurt by someone.  Kindness leads to forgiveness because we choose to be compassionate, giving the benefit of doubt to that person by being reminded that she is likely to be fighting a hard battle of her own.  In the same way, we also hurt others sometime.  And it is likely because we are stressed or unhappy.  We sort of “take it out” on someone.  If that person we hurt is compassionate, we will be forgiven by his kindness..

To forgive is “to grant free pardon and to give up all claims on account of an offence or debt”.  Forgiveness is the renunciation or cessation of resentment, indignation or anger as a result of a perceived offence, disagreement, or mistake, or ceasing to demand punishment or restitution. It is to let passing things pass.

My late friend, Prof. Lewis B. Smedes, has written, “For me, forgiveness and compassion are always linked: how do we hold people accountable for wrongdoing and yet at the same time remain in touch with their humanity enough to believe in their capacity to be transformed?” 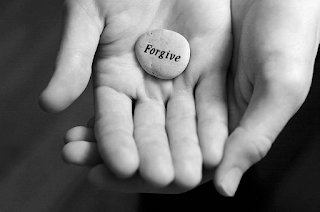 To me, forgiveness sustains family and friends because the closer we are in our relationship the more likely we will step on the feelings of the other.  Unless there is forgiveness, family will break up and friendship broken.

Studies show that people who forgive are happier and healthier than those who hold resentments. A study of the relationship between two communities in Northern Ireland whose family members were murdered in the political violence, found that people who are taught how to forgive become less angry, feel less hurt, are more optimistic, become more forgiving in a variety of situations, and become more compassionate and self-confident. There is a clear reduction of the experience of stress and the manifestations of stress.  Instead, there is an increase in vitality.

Marianne Williamson, who mediated peace in Northern Ireland observed, “Forgiveness is not always easy. At times, it feels more painful than the wound we suffered, to forgive the one that inflicted it. And yet, there is no peace without forgiveness.”

The late Alan Paton, a South Afrikaner who fought for the rights of black people made the same observation, “When a deep injury is done us, we never recover until we forgive.”

About 6 years ago, Sokreaksa Himm was looking for me. He was my student in the late 80s in Toronto, Canada when I was Vice-President of a University College.  He was a refugee from Cambodia, having survived the “Killing Fields” where all his family members, saved his sister and him, were massacred. In his first book, Tears of my Soul, he chronicled his miraculous escape from the Khmer Rouge. They thought he was dead and threw him with members of his family in the pit. He crawled out of that pit and survived to tell the story.

When he found me, he said, “I am writing a second book on forgiveness, and I would like you to write the Foreword. And write, I did, more than that, I learned from him what true forgiveness is when you are able to forgive your family’s murderers.  He went on to raise funds to set up a school for the children of these killers in the town of Siem Reap. His story of forgiveness is found in After the Heavy Rain.

No wonder Mahatma Gandhi insisted that “the weak can never forgive. Forgiveness is the attribute of the strong.”

Though for Reaksa, it was not an easy journey to get to that place of forgiveness, he said when he got there, he felt completely liberated.  He felt he was able to love again.  Forgiveness was to set the prisoner free and he discovered that the prisoner was himself – incarcerated by hatred and thoughts of revenge. It was the greatest gift he gave to himself – the gift of forgiving others.

Indeed, he is the picture of what Mark Twain had in mind when he wrote, “Forgiveness is the fragrance that the violet sheds on the heel that has crushed it.”