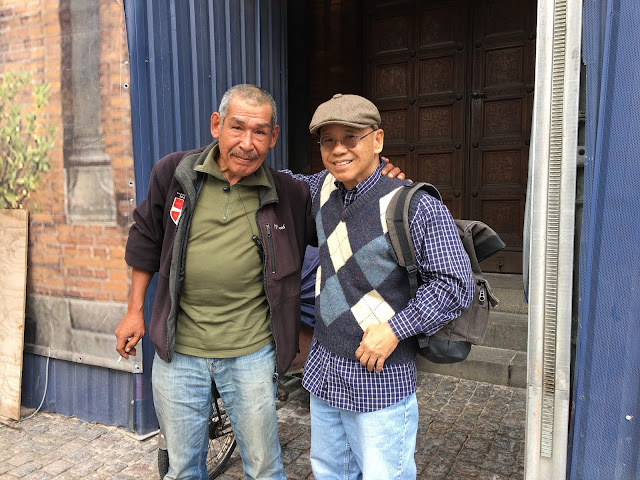 I introduced Lars Peter in my Facebook post from Copenhagen a few days ago. He is a 56-year-old gentleman from Greenland whom we met at his "home" which is the doorstep of a church in the heart of Copenhagen, a stone's throw away from the palace.

He was sitting on the steps of the church doorway with his broken tricycle parked at the side. Seeing us approaching, he gestured and said, "The church is closed. It is only opened on Sunday morning for service. It's my home the rest of the time." 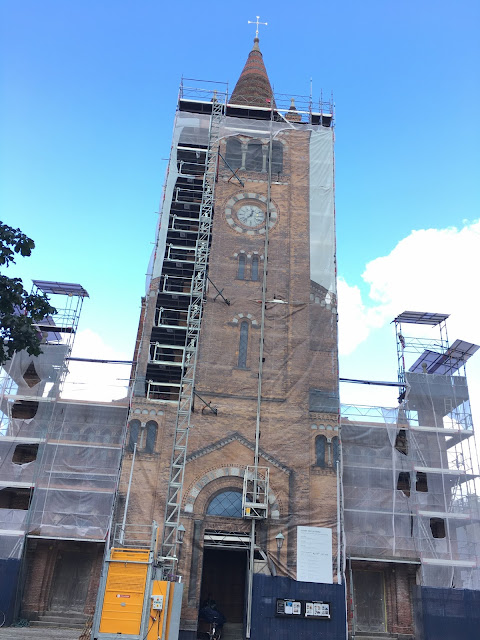 His English was perfect. I introduced myself and Ruth. He said, "How do you do? My name is Lars and I am a veteran from Greenland." 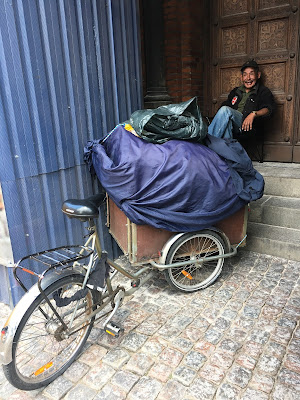 I sat down beside him. There is a wisp of alcohol as he spoke. He offered me a cigarette to which I politely declined.

He told me his story.

An Eskimo from Greenland, he became a soldier in Denmark. Then he became a mercenary and was stationed in the Faroe Islands, Iceland, UK and Germany.

"I fought fierce battles in Africa and South America," he said.

When I asked for details of the battles, he looked away and whispered, "I'd rather not speak about them. They bring back bad memories.

"Do you have family?" I asked.

"I have 15 children. One passed away two years ago. They are in different countries with their mothers. But they want nothing to do with me now."

He looked sad when he spoke about his children.

"I am homeless now because I am a mental patient. I am being treated for PTSD. There are many veterans who are like me. We suffer from PTSD because of battle experiences. Many of us ended up homeless. We receive some regular money from the government we served but that's not enough to rent a place."

I offer him some money. He firmly declined.

"It's ok," he said. "Many people take care of me. I have warm clothes and food and drinks," he told me as he pointed to a bundle wrapped in a large garbage bag on his tricycle.

Indeed, I noticed people passing by with their dogs. They greeted him like a regular neighbour. He patted and cuddled their dogs. 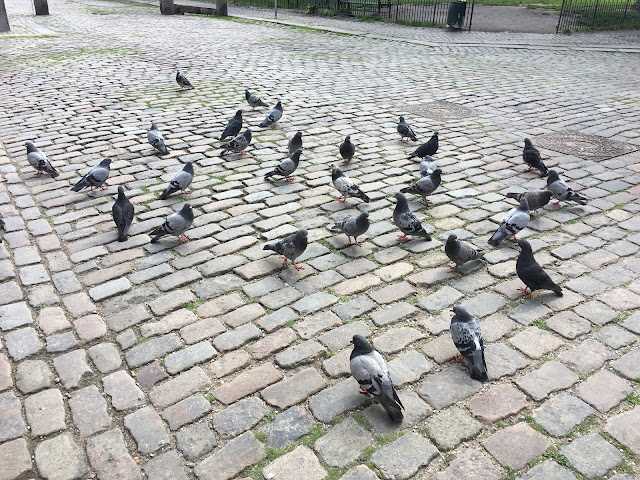 The pigeons were flocking in front of us on the cobblestone pavement.

"These are also my friends. Many people think they're a nuisance. They don't like them. But I do. I feed them. They are my friends."

This was not my first conversation with the homeless. In Washington DC, I employed a homeless man but he could not keep the job.

One of my pro bono clients in Singapore was a homeless man. With the help of a compassionate Court, I managed to rescue him. His story was published in the Singapore Law Gazette.

Homelessness is tragic. No one should be living on the streets. Yet many are. They are found in every major city in the world.

For a variety of reasons, some are so dysfunctional, they are unable to live in a home. Some, like Lars, seem to have adapted to it.