I have just received some copies of the latest Infocus, a Ministry of Manpower publication for employers of foreign domestic workers. The cover story Kindness is the Movement is an interview I gave to its writer.

What are some ways in which employers can help FDW adapt to living and working in Singapore, I was asked. Though we had never engaged a FDW, I had spent periods of time with families with FDWs and I shared some of my observations of the way FDWs are treated that facilitated their happy adaptation. They include,
I believe that once the employers treat FDWs, with dignity and respect, giving them a sense of belonging and purpose, it will help them to adapt more easily to living and working in Singapore.

I was also asked about how employers can maintain a productive and harmonious working relationship with their FDWs. It is my view that employers should always show respect and acceptance towards FDWs. It sends the message that they are worthy and valued people, which motivates them and increases their productivity.

When children are taught to respect them and address them properly, it will help too. Instead of ordering or demanding from them certain things, they should request for them politely. Treating FDWs as part of the family and dignifying their work by providing for them adequately without discrimination will help to foster a productive and harmonious working relationship.

Recently, I was reading about the majie and it dawned on me that these were FDWs of yesterday. Not unlike the FWDs of today, these single women in black and white samfu outfit with their hair tied in buns were from the Guangdong province. They worked here from the 1930s to the 1970s. These sturdy women were not called “maids” though they took vows of celibacy to dedicate themselves to their vocation. 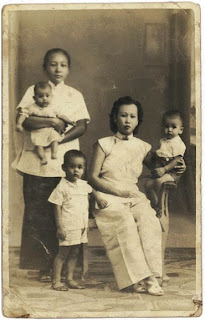 The word majie is made up of the word ma (mother) and jie (elder sister), though some have suggested that amah may have originated from the Portuguese ama meaning "nurse". In Taiwan and China, the word amah refers to an older lady in general, As many were also nannies, it could well have come from the word nai ma (literally "milk mother" in Chinese). Variants such as amah-chieh or mahjie have also been used. Similar terms in the same context includes ah-yee, yee-yee or ah sum (aunt), or jie-jie (elder sister). 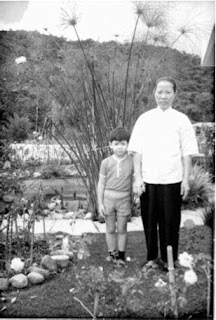 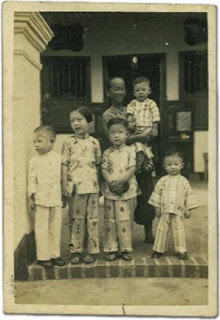 
In fact, it was not all that uncommon for majie to have lived with their employers until they retired or passed on. Some, however, chose to retire in China (a traditional desire of the Chinese in the past), while others retired in jointly rented rooms in Chinatown as their living quarters called coolie fong. During their working lives, some majie also rented rooms in Chinatown as a collective and would return to their rooms daily or on their days off if they lived with their employers.

Some majie also got together and formed their own clans – such as the Seng Cheow Tong Clan, which was formed by 51 majie in 1963 and disbanded in 2004. Others chose to stay at chai tong (vegetarian houses) after they retired. These homes were organized by Buddhist associations to provide food and lodging for elderly unmarried women, or women who had no family or relations. They charged a nominal rent, if at all. In some cases, the aged residents worked for their keeps within the community.

Significantly, there was hardly any reported abuse of these majie ( According to 韩山元 [Han, S. Y.]. (2009, August 14). 自梳女 [Majie]. 联合早报 [Lianhe Zaobao]. Retrieved from Factiva). The relationship between the majie and the employers were such that a kinship relationship was developed over time.

I personally know of children brought up by these majie who took care of their nannies either here in Singapore or in China until their demise. 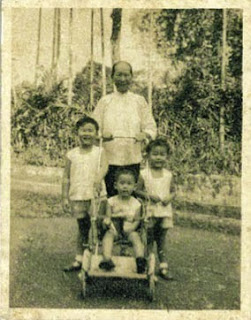 
There is much we can learn about kindness to the FDWs of today when we consider how the FDWs of yesterday were treated. I believe in the power of love, which is kindness in action. People need to feel loved and appreciated, respected and valued. FDWs of today and yesterday are here to work for a living. They are no different from us for we too exchange our labour for compensation. In the way we expect our bosses to appreciate and value our contributions, we too should show the same to our FDWs.

It is always good to practice the old saying, “Do to others as you want others to do to you!” When we care for FDWs genuinely with kindness, most will reciprocate with loyalty, with joy in service and trustworthiness. 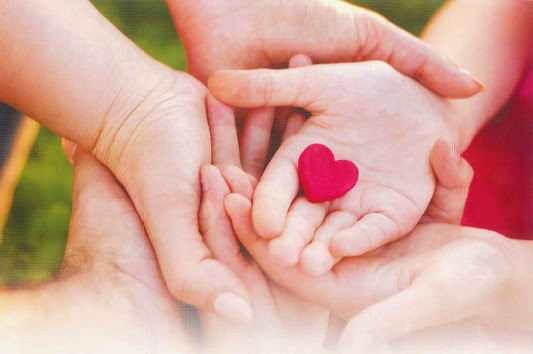 If you are interested in reading about the FDWs of yesterday, the following may be of interest: